This climb is up there with  Norton Summit (https://adelaidehillclimbs.wordpress.com/2013/02/06/norton-summit/) in terms of the most popular climbs in Adelaide. For almost all of the climb, you’re separate from the road – either on a bike track, or a separated bike lane. This is one of the few climbs in Adelaide that takes many cyclists more than half an hour to complete, and whilst it never gets too steep, is quite a slog. The climb starts at the bottom of the freeway (the intersection of Glen Osmond, Portrush, and Cross roads) and for a short distance rides alongside the freeway, to the start of the bike path. 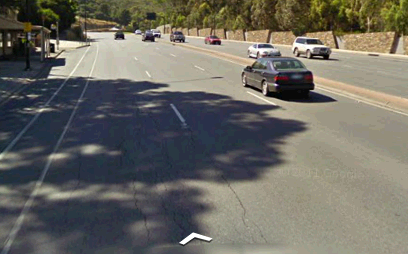 From the turnoff onto the bike path, the climb can be divided into three roughly equal sections. The first section is along the separated bike path, up to the dog kennels at the turnoff from the freeway to Eagle on the Hill. This part is fairly even – at about 5%, although it does have a couple of steeper ramps. The only thing to be really careful of here is cyclists coming the other way – it’s pretty narrow when one of you is pushing up the hill, and the other is flying down at 40 or 50 kph, so stay on the left. You’ll have plenty of space to chat once you get past devils elbow. 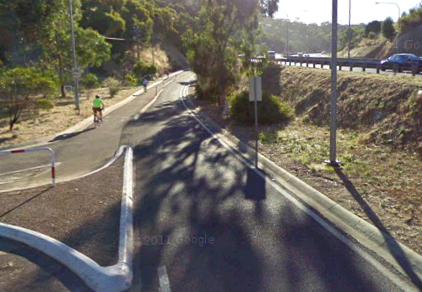 The second part of the climb follows the old freeway up to Eagle on the Hill. From here on out you’re away from the noise of the cars, and you start to understand why this climb is so popular – it’s beautiful. For most of the way up to Eagle on the Hill, the road is pretty even, and in pretty good nick. Find a gear you’re happy turning over, and enjoy the serenity. Or don’t. Push hard here too. It’s up to you. Eventually the road dips a little, before coming up to the one steeper part of the climb. As you go around the left hand bend, the road picks up to about 10%, and some idiot has put down rubbery matting to stop slippage. This has since fallen apart, and is pretty awful to ride on. Instead, ride in the gutter until you’re past the matting and the road evens out again. From then on, it stays pretty steady for the next half a kilometre or so, until you reach eagle on the hill. 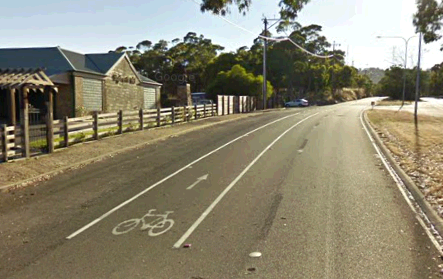 Once you hit Eagle on the Hill, you’re nearly there. The road flattens out a little into a false flat (about 3%) and you can either recover or put some pace on. After a kilometre or so, the bike path separates from the road again, and goes up in three ramps, all about 7-8%. The first is the longest and steepest. As you start the third one, you’ll be able to see the bollards that signify the end of the climb. Sprint to the finish and stop timing when you cross the white bollards. From here many people will continue to climb up to the top of mount lofty. There are various ways to do this – I prefer to follow the road from the bollards along Shurdington road, and then turn up the hill, however the most popular route is likely to go down the bike path into crafers, and then turn left up the hill at the roundabout. http://app.strava.com/segments/704486

Whatever the case, once you’ve reached crafers you have a plethora of options as to where you go next. There is good riding to the south through Belair, east through Stirling and Aldgate, or north through Norton Summit.

Thanks again to google maps for supplying all of these beautiful streetview images.